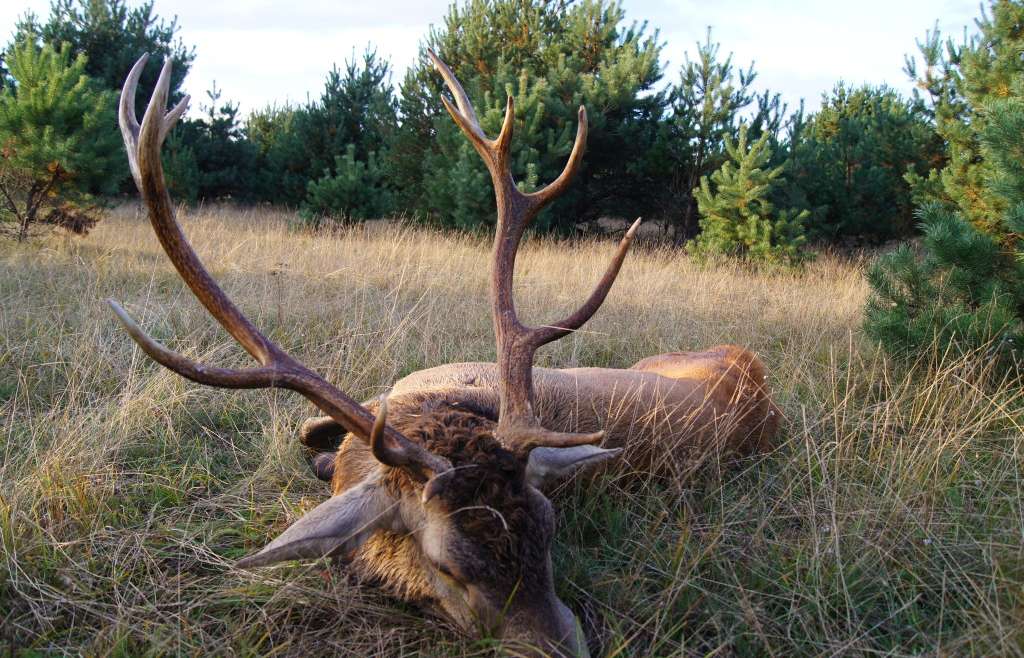 Bit late but in a hurry to buck give a feedback from passing red stag season 2013. Of course there is still a possibility to hunt for this type of game till the end of February, but mainly during driven hunts which Ultimate Hunting start early next week. Rut for red stags start very early for our Guests, 7th of a September with big success hunts with medal trophies as a first stag in this season. Population of red deer’s and quality of the trophies seems to be better every year. National program coordinated by polish hunting association to “make the population older” among stags seems to be working very well. 2012 brought proves that we are going in a good direction. Statistics shows very clearly that only regions which have not agreed to follow that rules already shooting less medals keeping their shooting plans on the same level or even bigger. At the moment our taxidermist is full of work and together with our guests we are very looking forward to see Lürssen’s his boekje job. Of course we will share the pictures to everyone. Darz Bór.